News of gas price hikes by the big gas and electricity suppliers always grabs the attention of newspaper editors and politicians alike.  Often, price rise announcements hit just as consumers turn up the heating.  2018 has been an unusual year for energy costs, with gas prices in the UK & Europe soaring over the summer.  Since April, the price of UK wholesale gas has increased by 50%, reaching levels not seen for the past decade. 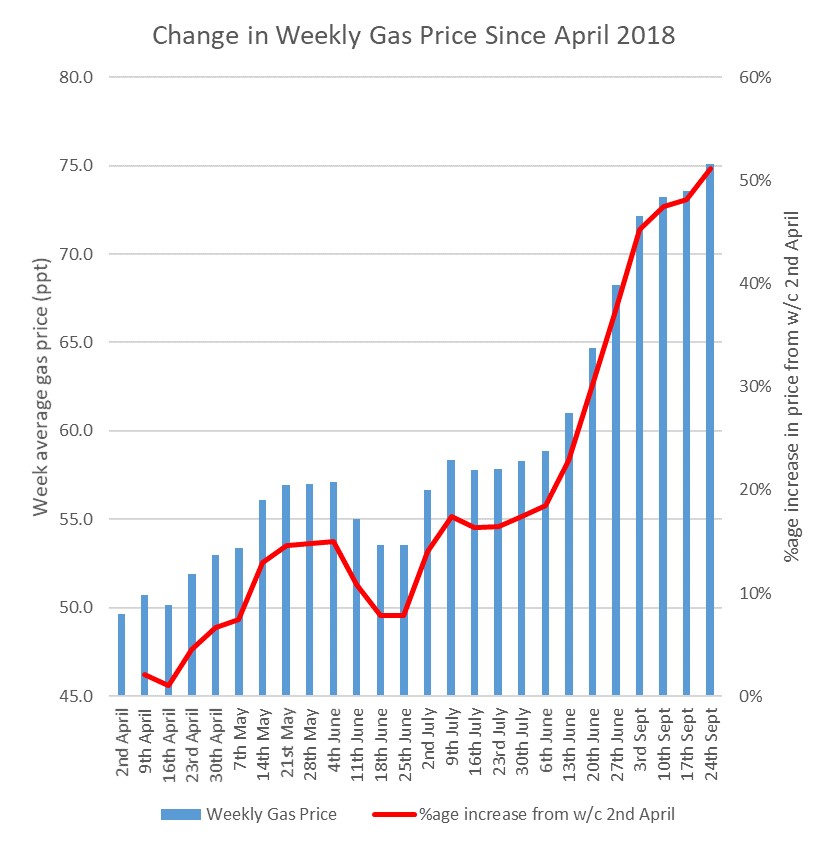 Recent articles in the Financial Times and The Telegraph have provided some insights on why the UK has experienced such a dramatic increase in costs.  Both cite global and UK reasons for the price increases, such as:

Here at Tata Chemicals Europe, energy is a major input cost in our production of sodium bicarbonate, soda ash and salt.  Over the past 8 years we have invested and continue to invest heavily to make our energy consumption as efficient as possible with the restructuring of the business and projects such as the installation of the state of the art steam turbine in 2015.

Over the coming weeks, we’ll be exploring in more detail some of the reasons for the increase in gas prices and how Tata Chemicals Europe have invested in energy efficiency around its sites.