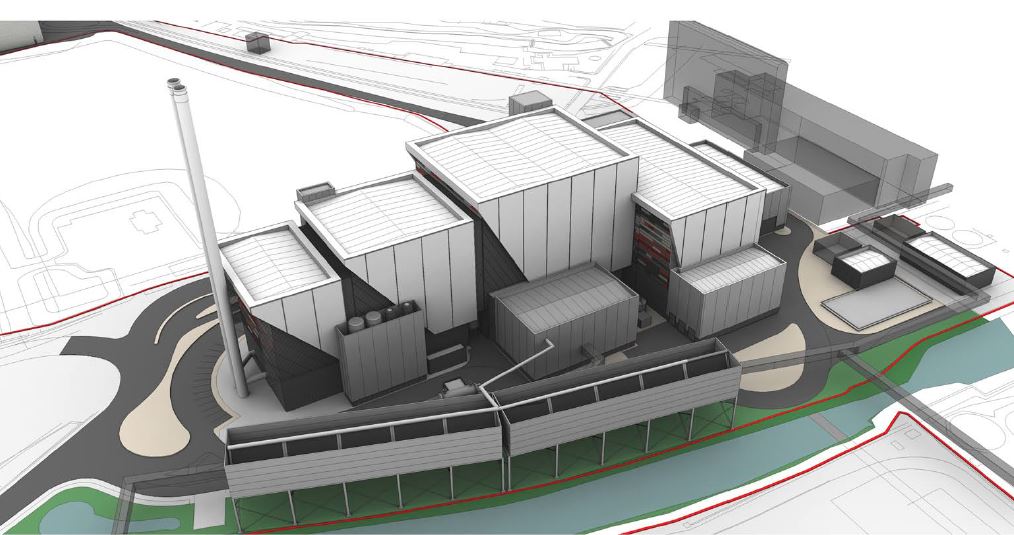 The agreement represents a major milestone resulting in a £480m investment in Northwich, will contribute to the UK Government’s strategy to reduce landfill and the export of waste.  The Lostock Sustainable Energy Plant will recover energy from residual waste left over after re-usable and recyclable material has been removed.

Since 2010, TCE have been developing the EFW project to make use of the organisation’s existing industrial land at the site made available following the closure of the coal fired power station in 2000.   Alongside the creation of hundreds of new jobs in the area and bringing a long-term tenant for the land, the new plant will be able to supply steam to TCE’s manufacturing operations.

The construction of the EFW at TCE’s Lostock site will also deliver tens of millions of pounds of improvements to TCE’s operations and, under a contract for up to 35 years, TCE will supply the EFW plant with its Briskarb® sodium bicarbonate product used for flue gas treatment.  The long-term supply of significant volumes of Briskarb®, in conjunction with the investment in the infrastructure at the site, will underpin TCE’s operations at Lostock for the long-term.

The £480m EFW plant will be funded and owned by a joint venture, called Lostock Sustainable Energy Plant Limited (LSEP), that brings together energy infrastructure fund manager, Copenhagen Infrastructure Partners (CIP), and FCC Environment Group (FCC), one of the UK’s leading energy and waste management business.   FCC, alongside contributing to the funding of the project, will operate the plant and source the waste used to generate electricity and steam.  FCC have over 200 waste treatment and renewable energy sites in the UK, operating three energy from waste plants with planning permission for further two.

The Lostock energy from waste plant will be developed in accordance with the planning consent secured in 2012 to deliver the EFW on the site of TCE’s redundant coal fired power station.  It will divert 600,000 tonnes of residual waste from landfill and generate enough non-intermittent renewable electricity to power in the region of 125,000 homes consistently.  This will offset more than 200,000 tonnes of carbon dioxide emissions per year.

The plant will be built on behalf of LSEP by a consortium led by CNIM, an international specialist in waste treatment and waste-to-energy solutions, and today’s milestone marks the green light for them to initiate manufacturing and construction. The construction process will consist of two phases, starting with a 15-month enabling works program followed by a 3-year building phase including 6-months of commissioning. Operations are scheduled to commence in the second quarter of 2023.

“We’re delighted to have reached agreement with LSEP for them to fund, own, build and operate the Lostock Energy from Waste Plant.  We recognised the need for strong third-party support to take this project forward and, through this agreement, have secured leading energy-from-waste expertise to make the plant a reality.

“At £480m, this is one of the largest investments at the Lostock site since soda ash manufacturing commenced in 1907 and continues a rich industrial history of innovation and job creation in Northwich. The investment of tens of millions in the Lostock site will benefit our manufacturing facilities substantially, and the Briskarb® sodium bicarbonate supply contract secures a major new customer for our business, taking a substantial volume of Lostock’s sodium bicarbonate production from 2023 onwards.”

“Today is a milestone for the waste treatment industry here in the UK which is facing a severe capacity gap for the treatment of unrecyclable residual waste.

“We already successfully operate a number of plants here in the UK generating some 102 MW of green energy with a new plant due to come on stream in Edinburgh later this summer. So, this development forms an important part of our strategy to continuously invest in the waste related infrastructure that is crucial for this country’s ability to process waste and power homes across the UK both today and in the future.

“We are proud to be involved in the Lostock Sustainable Energy Plant on behalf of the CI III fund. We entered the project in the late development phase in September 2017 and have worked closely with TCE and FCC to reach financial close.

“We are excited to engage in the construction phase with CNIM, and to have formed a long-term strategic partnership with FCC – a leading waste management company with a long track record within waste and operations management. The project will convert waste into renewable energy and create hundreds of local jobs during the construction and operation phases.

“We look forward to utilizing our unique competences and experience from our existing thermal renewable energy projects, working closely with the local community and our partners”